With slumping book sales for most book publishing houses, the blame game has become a favorite pastime for an industry that demands to know who’s at fault.

Sales may blame marketing, marketing may blame editorial, editorial may blame the author and the author more times than not, blames the in-house publicity department for shooting blanks (or maybe for not shooting at all).

In fact, no other division in a publishing receives more attention, praise and finger-pointing from an author’s perspective when a book flops or succeeds than the publicity department.

But why is that? Certainly, when a book goes wrong any number of factors could have played into it: timing, shrinking marketing dollars, lack of bookseller interest, or perhaps quite frankly, the book sucked.

Yet publicists, with the exception of editors, are probably the face that authors deal with more regularly than any other department in-house. Could the in-house publicists be receiving more of the blunt end of the stick when things don’t go as the author had anticipated?

‘Success has many owners,” they say and failure — well, failure has just one and it’s rarely the person truly at fault.

Is this the case with in-house publicists? Are they sitting back, drinking their mimosas rather than pitching? Are they too tied-up blowing air kisses at the Stephen King’s of the world to even give a damn about the midlist authors? Or could there be another explanation?

To find out, I reached out to a number of publicists that work in-house at just about every major publishing house in the business. If it were true, that publicists were doing the best they could, there had to be an explanation. If not, as Ricky Ricardo used to say, then someone’s “got some ‘splainin’ to do.”

What I found was revealing, to say the least. The publicists I spoke with were surprisingly open, frank, and although they shared freely the challenges of being a publicist in today’s industry obsessed with results, many asked to remain off-the record. I obliged.

What is it book publicists do anyway, at least in theory? The dictionary defines a publicist as “a person who publicizes something”. But talking to the half-dozen publicists I with spoke with, I started to wonder if perhaps their job description encompasses so much more: babysitter, assistant, therapist, slave perhaps?

“My day starts before I come into the office,” Tanisha Christie, Publicity Manager at Grand Central Publishing jokes, “but it’s a fun challenge. “

“Publicists aren’t paid enough for the work we do,” argues the Associate Director of Publicity at a major imprint (we’ll call her “Alice”), “Some projects are not a burden and you’re happy to do it, cause you like the message or the author. And there are some projects where you are working so hard and it’s thankless and no amount of work, loss of sleep, nor the early morning phone calls are worth it.”

Yet despite the careers’ challenges, they must love it or they wouldn’t stay in the career so long. Or would they? The publicity departments have some of the highest rate of turnover in the industry. And no wonder, as one Director of Publicity, at another major house (we’ll call him “Larry”), confessed, “We’re completely understaffed. We do basically about 750-800 books a year with a department of six people. On average, that’s 100 books per person in my department.” Larry says, “Unless a house champions a book, they tend to get lost because you just don’t have the resources.”

Not all publicity departments feel under-supported by their company. Tanisha Christie has had a different experience, “All the publicists here are really well-seasoned so they ‘get it’. They understand the work and the level of expectation. So, when you’re on a run with a non-celebrity book, everyone’s really appreciative of that.”

“Yet they are increasing the output of books,” “Larry” agrees, “The tougher ones [to get publicity for] are novels, which have even less of a chance for coverage. If I could do anything, if I were running the company, I would reduce the amount of books being released.”

Christie agrees, “There are over 300,000 books published a year. Even though the online market place has grown in terms of bloggers, you are competing in a very dense field. We are living in a celebrity-driven news vehicle and to rise above all that is being published, can be a challenge.”

But coupled with a salary that starts at about $30,000, sometimes less; certainly barely enough to make ends-meet in a city like Manhattan, it is difficult.

“But it’s really exciting,” Christie says, “those moments when you get appreciation from your bosses or the gracious editor or authors we work with in a consistent way, make it all worth it.”

Not every publicist agrees. “The long hours … it’s a thankless job,” says Alice, “it’s a miracle anything gets done at all.”

Yet it does. Another day ends, another one begins and as the neurotic high-strung publicist or perhaps the publicist always calm, cool and in control, takes a sip of her Islay Scotch Whisky, she says a silent prayer; maybe for her authors, maybe to be able to get through another day without suffering a brain aneurysm, or maybe just maybe, she thanks God for being in the business she loves, the business of books.

Discussion: What do you think?

Do you think publicists do enough? Are they paid adequately for their results or are they making excuses for doing a poor job? Tell us. 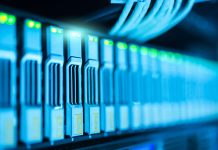 An Interview with Christine Brodien-Jones